Life is like a banana peel. Sometimes, things just happen. Börje replies, while he is about to tell us how he bagan is medical career. 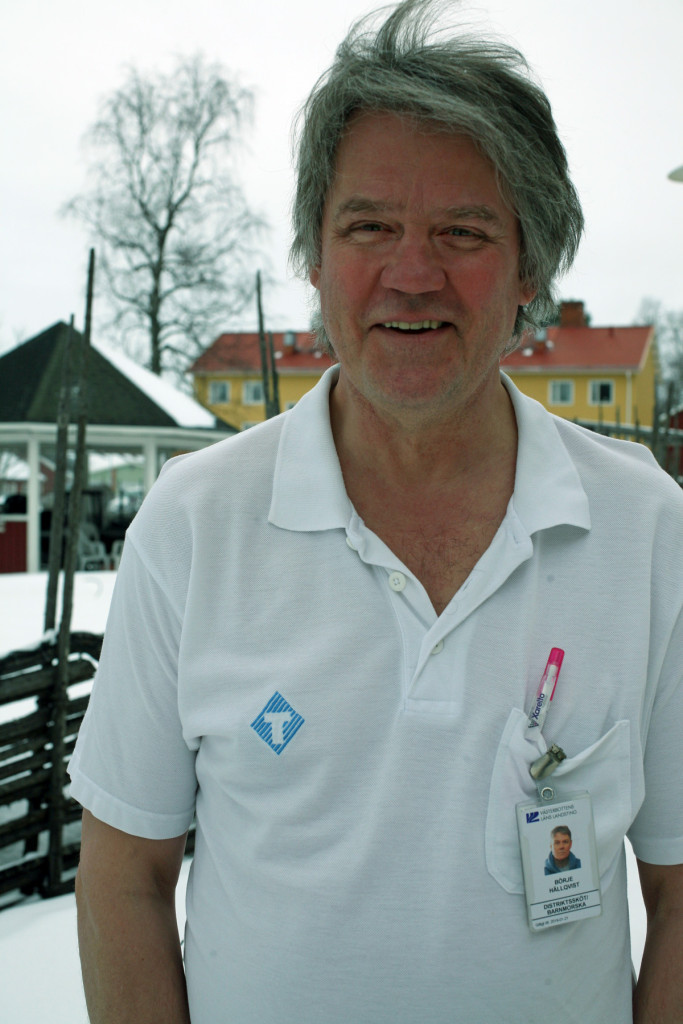 Börje Hällqvist, born and raised in Vilhelminaa. Started working in the industry as a young man. When compulsory military service beckoned, he was most interested in doing it as a nurse. After that, he could work at Umedalen, the former mental health center in Umeå. After that, he educated himself as a mental care employee. In the 80s, an addition-study was offered, which meant Börje could go from a mental health practitioner to a nurse. Many men that had experience in the profession chose that opportunity. The education was built on theory, and on internships at all sorts of places. Where you got to try everything you’d learned in theory. Not one part of your theory was allowed to remain unpracticed. Throughout the education, there was talk of closing Umedalen.

-Which is how I wound up in Vilhelmina after a summer job. Here I learned everything again from the ground up. I had to learn to take big responsibility, which was interesting, it also has a way of giving you a sense that you’re needed. A nice sense of purpose, and I felt that the developmental possibilities were so wide. You get swept up into the establishment pretty fast as intergration hardly is a problem. Among other things, I got to work as a district nurse in Saxnäs. The closest doctor was nine miles away, and consulted via telephone.

-I think it’s a huge benefit I got to work within psychiatry. It’s important to create understanding and trust between patients and medical staff. In a smalltown you get to know many different people even before they come to you at the hospital.

In the duration of Börje’s time as a district nurse in the mountains, the area was very well populated since the mine Stekenjokk was at work. This meant lots of families, new mothers, and mothers-to-be.

-I discovered an area in medicine where I wasn’t enough, they had questions I didn’t have answers to. Said Börje.

One thing leads to another; Börje applied to yet another education. This time as a midwife. This time around he was alone throughout his education. Around this time, Börje became a dad himself. Which put high pressure on him to use his time wisely. He wanted to be a top-notch dad while he was home. This was way before audiobooks came along, which meant Börje would record his own spoken study literature. So he could sit and listen while he drove for circa four hours between Sundsvall and Vilhelmina.

-Yep, right then I made use of my time and did not accept company in the car. Börje laughs.

As a qualified midwife, Börje began work in Lycksele and Vilhelmina before BB was closed in his hometown. Those working at BB got the offer to educate themselves as district nurses and of course, Börje said yes.

-Because I had such long work experience since earlier, this education was less demanding than previous ones. The challenge was to do an internship at Tromsö in Norway, which felt exciting.

-I’ve also had time to work as an ambulance nurse. I even got the ambulance by contract for my own company.

Do you recommend a job in healthcare?

-Working in healthcare gives everything you put in back, but in a different form. These forms are things like joy, appreciation, human contact. The work is satisfying, it’s constantly interesting, too. You have to be alert at all timess.

-I like students who give you updates on what they’ve learned in their education, and relay doctors, giving us new angles, new alternatives on how to work. Work in healthcare isn’t just a job to me. It’s a way of life.

What do you like most about work at Vilhelmina Cottage Hospital?

-Today I work as an instruction nurse. That means I educate and guide new personell, I’m always available when someone’s got a question or needs help in their work. Among the things I teach is handling situations that can occur when you’re working alone, or during a night shift.

-The cottage hospital has changed its working methods for the better. For too long, we used to work with a long waiting list, and always be overbooked. We have a new system now, where doctors are consulted each day with new patients so they can assess priority cases and plan their schedule accordingly. The need to go to a doctor isn’t always most important for the patient, and now one has bigger possibilities to guide patients in the right order, to the right place. This has created a comfortable working environment, happy personell and happy patients.