When you’ve worked for over 20 years at IVA (Swedish for Intensive Care Unit), you’d think getting a job internationally would be a piece of cake. That wasn’t the case. In an EU country like Sweden, regulation can hinder even the most experienced employees. This has been Annelie Egger’s expereince. It took many years before her competence was confirmed and she was allowed to work as a nurse in Sweden. 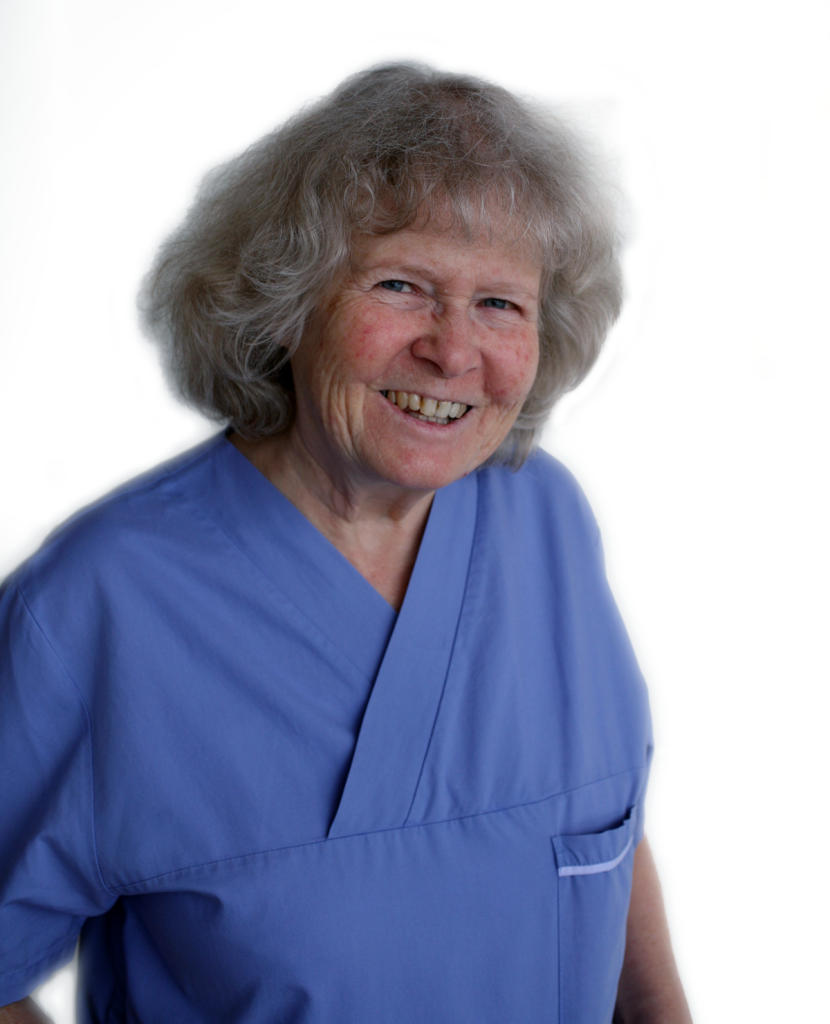 We had the pleasure of an interview with Annelie. She recounts her life in a soft voice with a unique personal glow.

-I’m originally from Switzerland, then when I turned 20 I moved to England and began working in medicine there. I’m a people person, and so I had lots of practice learning the language.

After some time in England I went back to Switzerland and began my nurse education. It’s something I’ve never once regretted for a second.

Annelies had heard tales of the midnight sun, so when she travelled to Norway she felt an urge to learn more about northern scandinavia.

She contacted Rolf Egger, another swissman she knew. Rolf lived in Sweden, and was moving to Norrland out of curiosity. He’d made friends, and began studying at a bible school in Västerbotten. He wound up in Sweden by marvellous coincidence. Home in Switzerland he had felt somewhat lost and was searching for signs. Something to tell him where to go next. The sign came in the form of a Swedish bible in a store. Around that time, some of his friends in vilhelmina contacted him about a house offer in Malgovik, three miles from the city. When all was said and done, Rolf moved to Sweden. In 1998 Annelies married Rolf and joined him in Sweden.

-When I arrived in Sweden it was snowing. In may. Annelies laughs. I began learning Swedish while I was still in Switzerland, and then joined SFI (Swedish for Immigrants) in Vilhelmina. I needed to know the language so I could talk to patients.

I started my work as a care assistant, despite my strong foundation in both nursing education and experience. Since I was not from an EU country, the rules told me I needed an extra two years of education to work as a nurse, and that I was not interested in.

-After some time, the rules loosened up a bit. Sweden and Siwtzerland now had a deal that competent personell may work across borders in the area they are qualified in. Annelies finally had an employment as a nurse again, this time at Vilhelmina cottage hospital.

-I had had time to learn Swedish routines as a care hand. It felt different, namely because of the giant responsibility entrusted to me when I worked alone on evenings and weekends. You have to have broad knowledge within many areas to be able to organize your work well. I was used to emergency care, so my challenge was learning to attend to small children.

-We live here largely because of the people. The nature is so closeby, even if I miss the alps, I can venture out there. I think it’s very important for people to venture out into rural areas and live there too. People here are good at so much, I hope they are all able to go for it and start a company each. In fact Rolf has gotten questions about guiding people on canoe safaris, he managed to turn it into a full operation. He now has a company ready to recieve tourists regularly.

when they arrive we advise them about the town. Where to eat, live, what to see. We answer questions about what it’s like living here, anything to make them stay a bit longer. We also have relatives and friends who come here on visits. We try and travel to Switzerland every other year. If I go alone I take the plane, otherwise my husband and I go by train.

Do you recommend a job within Healthcare to others?

-Personally I do not and never will, have regrets about my career choice. I think anyone who is drawn to caring for others and interacting with people, should apply to a medical education. At SFI I worked on motivating friends to join medicine, but I understand that it’s not for everyone. In Switzerland it’s very common for nurses to travel and live in various areas. More Southern Swedes should try coming up here, to the north. There is an amazing variety of different medical needs to be met up here. A sizeable and exciting challenge.